The Girls Inc. Lucile Miller Wright Scholarship program was created in 1992 when the female pilot and long-time supporter gave a bequest for scholarships for young women. Since 1993, nearly $6 million in scholarships have made post-secondary education more accessible to over 800 high school teens across the United States and Canada. Scholarships are awarded annually and are open to Girls Inc. participants in the 11th and 12th grades.
In 2022, Girls Inc. and the family and friends of Suzanne Patmore Gibbs proudly announced a scholarship fund through Girls Inc. commemorating Suzanne Patmore Gibbs.
Also in 2022, The Serendipity/Fund GIIC scholarship was made possible by a generous donation from an anonymous GIIC board member and their spouse.
Girls Inc. Scholars are outstanding young women selected for their academic achievements and community service, and for exemplifying the Girls Inc. mission of inspiring all girls to be strong, smart, and bold. For other girls, they are powerful role models.
For more information, please contact Director of Programs, Natalie Duarte. 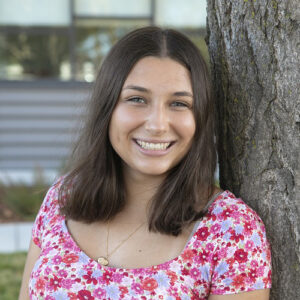 Iris Phillips was awarded a $20,000 Girls Inc. National Scholarship and $20,000 Serendipity Fund/GIIC Scholarship in 2022 as a 12th grader at Encinal High School. Iris graduated from the Eureka! program and volunteered at GIIC. She credits Girls Inc. with helping her become mentally and physically strong, which translated into success in her athletics and other pursuits. Iris was inspired by the powerful female role models she met during Eureka!, including Nurse Yvette Ayon, and credits the Eureka! workshops she took at College of Alameda with sparking her interest in science and medicine. Iris is very involved with her church and is an accomplished water polo and basketball player. She will be attending St. Olaf College in Minnesota and majoring in nursing, with the goal of completing a master’s degree and becoming a registered nurse. 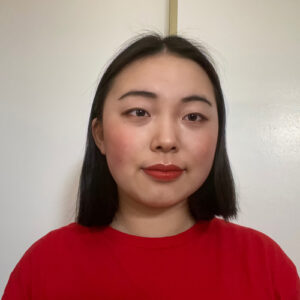 Annie Liu was awarded a $20,000 Girls Inc. National Scholarship as an 11th grader at Alameda Community Learning Center (ACLC). Annie participated in Eureka!, Passport to Success, Ethical Fashion Show, and Generation Giga Girls. She was also selected to join the Girls Inc. National Teen Advocacy Council where she learned about and advocated for issues affecting girls and teens. Through Ethical Fashion Show, Annie gained confidence and learned public speaking skills. Her Eureka! job shadow at League of Women Voters solidified her interest in community advocacy. Annie was also accepted into the Youth Advisory Council for the Asian Pacific Islander Legal Outreach, working on social justice projects. She hopes to one day lead a nonprofit dedicated to gender equality and fighting for girls’ and women’s issues. Annie will be the first in her family to attend college and plans to major in business management. 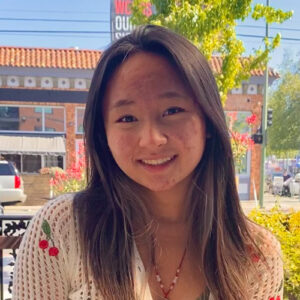 Elvira Lu was awarded a $25,000 Girls Inc. National Scholarship as a 12th grader at Alameda High School. Elvira is another proud graduate of the Eureka! program and volunteer at GIIC. She also participated in Generation Giga Girls. Being in an all-girl environment with the same group of girls for five years helped Elvira gain confidence and inspired her to be ambitious in pursuing her dreams. She credits the Girls Inc. experience with developing her leadership skills which she applied as class president for four years at Alameda High School. It was through her Eureka! job shadows that Elvira discovered her passion for technology and design and learned that she would like to work as a Project Manager. Elvira will be attending the University of Southern California’s (USC’s) Iovine and Young Academy, pursuing a Bachelor of Science in Arts, Technology, and the Business of Innovation. 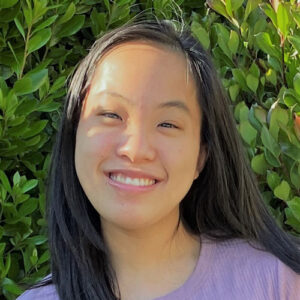 Jenna Chan was awarded a $20,000 Serendipity Fund/GIIC Scholarship as a 12th grader at Alameda High School. Jenna participated in Eureka! and Generation Giga Girls. She credits Girls Inc. with teaching her to be ambitious, confident, and bold in her pursuits. The Eureka! experience empowered and challenged her emotionally and mentally through swim lessons, various field trips, and STEM courses at College of Alameda. What Jenna enjoyed most about the Girls Inc. experience was the sisterhood of support she shared with the teens in her cohort. Jenna volunteers with the Alameda Food Bank and enjoys fencing and martial arts. She plans on studying bioinformatics, biomedical engineering, or computer science at Cal Poly San Luis Obispo. Jenna hopes to one day develop medical technology, and eventually to become an oncologist or orthopedic surgeon. 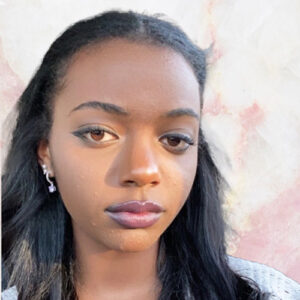 Meron Ephrem was awarded a $20,000 Serendipity Fund/GIIC Scholarship as a 12th grader at Encinal High School. Meron graduated from Eureka! and was also a volunteer in the Operation SMART (Science, Math, and Relevant Technology) program for elementary aged girls. At Girls Inc., she developed her confidence in and passion for STEM subjects through the coursework and projects that are part of the Eureka! curriculum. Meron also learned the importance of having mentors, especially for young girls who often do not have exposure to STEM. In addition to her love of science, Meron is a life-long artist currently focusing on digital art. She served as co-president of the Black Student Union at Encinal High and will be attending UC Irvine and majoring in physics or the physical sciences. Meron is especially fascinated by outer space and intends to pursue a career in space science. 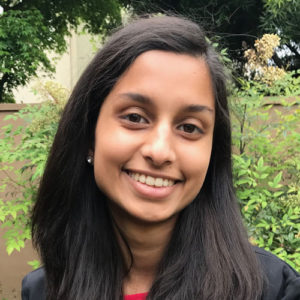 Eman Khatri was awarded a $20,000 scholarship and named Girls Inc. National Scholar in 2019 as a 12th grader at Alameda High School. Eman participated in several GIIC programs including Eureka! STEM, Ethical Fashion Show, LWVA Teen Debates, and in 2018 she was elected to the National Girls Inc. Teen Policy Board. Through Eureka!, she had the honor of interning at Congresswoman Barbara Lee’s District Office. In addition, Eman has dedicated many volunteer hours to GIIC and is a powerful voice for young women and Muslims. She co-founded the Muslim Student Association at Alameda High School, coordinated a Muslim Day at the Capitol field trip where students lobbied for legislation in Sacramento, and is Co-President of Girl Up. In 2019, she received the prestigious Women Who Dare Teen Award. Eman currently attends Wellesley College where she studies political science and international relations. She hopes to go to law school after college, and to represent and advocate for her community on a national stage. 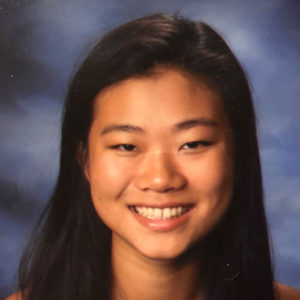 Amy Chu was awarded a $5,000 scholarship and named Girls Inc. National Scholar in 2018 as a 12th grader at Encinal High School. Amy spent five years participating in numerous GIIC teen programs including Eureka! STEM, CARE (Composting and Recycling Experts), and Ethical Fashion Show where she served as emcee, and in advertising and film production. Amy volunteered for several GIIC events and participated in many outside activities through her involvement with GIIC. She held several leadership positions at her high school and helped champion environmental causes. Amy credits GIIC with giving her the many opportunities to explore and develop her interests. She is currently a student at UC Berkeley studying Environmental Economics & Policy and City Planning. 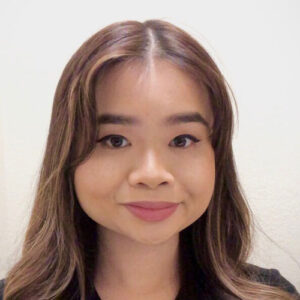 Julie Vu was awarded a $5,000 scholarship and named Girls Inc. National Scholar in 2018 as a 12th grader at Alameda High School. Julie participated in several GIIC programs including Eureka!, Passport to Success (2013-2015), Toastmasters Youth Leadership Program, LWVA Teen Debate, and Ethical Fashion Show. Julie also volunteered for numerous GIIC events and was a peer educator for YEAH (Youth Education Advocate for Health). She is a first-generation college student and credits Eureka! and GIIC with advancing her personal development, confidence, and perseverance. Julie is currently a student at UC Berkeley majoring in Economics. 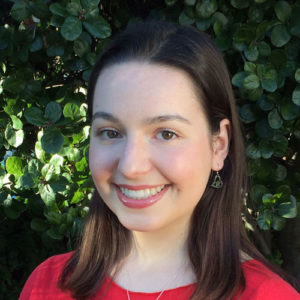 Mary Carmen Reid was awarded a $20,000 scholarship and named Girls Inc. National Scholar in 2017 as a 12th grader at St. Joseph Notre Dame High School. Mary Carmen was very involved in several Girls Inc. of the Island City programs including Eureka!, Ethical Fashion Show, and CARE. She credits GIIC’s supportive mentors and peers, and hands-on STEM programming with developing her interest in the biological sciences. Mary Carmen graduated from UC Berkeley with a degree in Molecular Environmental Biology and is currently pursuing a Masters of Science in Public Health at Johns Hopkins Bloomberg School of Public Health, with the goal of eventually attending medical school.

Luna Cristales was awarded a $5,000 scholarship in 2014 as an 11th grade student at Alameda High School. Luna thought her future was limited because her family struggled financially, but at Girls Inc., Luna learned that her past and current challenges could be overcome by working hard toward fulfilling her goals. Luna credits Girls Inc. with instilling in her a drive to achieve and set an example for young Latinas.

Anjuli Sastry was awarded a $15,000 scholarship in 2010 as a 12th grade student at Alameda High School and went on to earn a degree from UC Berkeley. Anjuli volunteered for Girls Inc. of the Island City for several years as an editor and writer of OutLoud, a magazine published by teens of Girls Inc for teens. She also volunteered for the Red Cross and was selected as a Red Cross National Youth Council (RCNYC) member and president of the Alameda High School Red Cross Club. In addition, she was a founding member of the Alameda Youth Advisory Commission and a member of the Life in Perspective (LIP) Board for the Bay Area News Group. Anjuli currently works for National Public Radio (NPR) where she is a 2021 Nieman Journalism Foundation Visiting Fellow.

Cynthia Davila was awarded a $2,500 scholarship in 2008 as a 12th grade student at Saint Joseph Notre Dame High School. At Girls Inc. of the Island City, Cynthia participated in the FacilitateHER Leadership Program and Blue Print social-action group. She also served the community through volunteer work at UCSF Medical Center at Mount Zion and as a member of the Latino Club. Cynthia went on to earn a graduate degree from the University of California, Los Angeles and is currently a medical student at Michigan State University’s Medical School.

Sara Heaps was awarded a $15,000 scholarship in 2006 as a 12th grade student at Encinal High School. Sara was a founding member of Girls Inc.’s Blueprint social-action group, was an organizer of Girls Inc.’s first Girls Take Charge Summit, and was both an award-winner and an Honorary Chair at Girls Inc.’s annual Women Who Dare Awards. Sara attended Stanford University and is currently an 8th grade science and physics teacher. 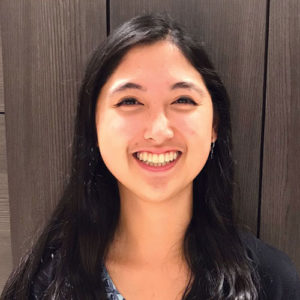 Jill Barcelona was awarded a $5,000 scholarship in 2014 as a college student at the University of California, Berkeley. At Girls Inc., Jill discovered a place where girls are free to think for and be themselves, where girls form strong bonds with one another, and where girls can dream and achieve big. Jill continues to help younger girls reach new heights and success through volunteering, mentoring, and helping others. 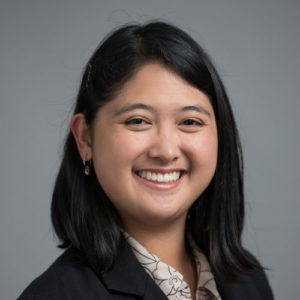 Joan Barcelona was awarded a $5,000 scholarship in 2014 as a college student at the University of California, Berkeley. Joan’s perspective about women’s roles and their abilities to achieve strengthened as a volunteer at Girls Inc. As a writer and editor for Alameda’s only teen magazine, Joan learned that her voice mattered and had meaning. Joan continues to give meaning to younger girls’ lives by continuing to volunteer and mentor girls at Girls Inc.